Written by nativeaccess on November 1, 2016. Posted in Uncategorized. 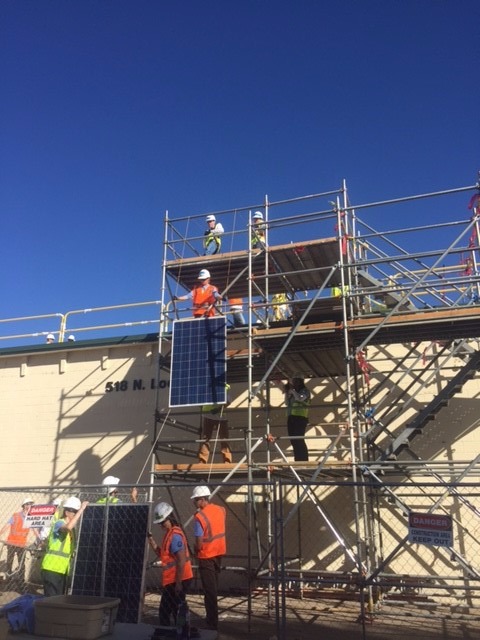 BriteStreet and GRID Alternatives teamed up in October to install a 63kW solar array that will bring affordable energy to low income families in Fort Collins. The solar panels, installed by volunteers organized by GRID Alternatives and paid for in part by BriteStreet, were installed on a public works garage building near downtown Fort Collins. The panels are a community solar array, which means they will power nearby homes in the community.
Twenty families that applied for assistance with their electrical bills were each awarded a share in the community solar array. These twenty families will now have free electricity! Not having an electric bill will enable these families to direct more of their income to things like food and healthcare. Volunteers provided the labor and the equipment was donated. BriteStreet was proud to be able to sponsor the event. Dozens of volunteers showed up to learn about solar and help install the panels. 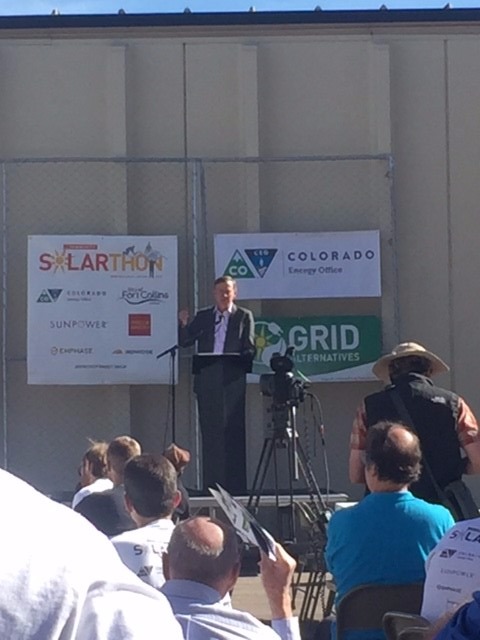 Governor Hickenlooper even stopped by to deliver a quick speech about the future of energy in Colorado. He talked about solar and its role in job 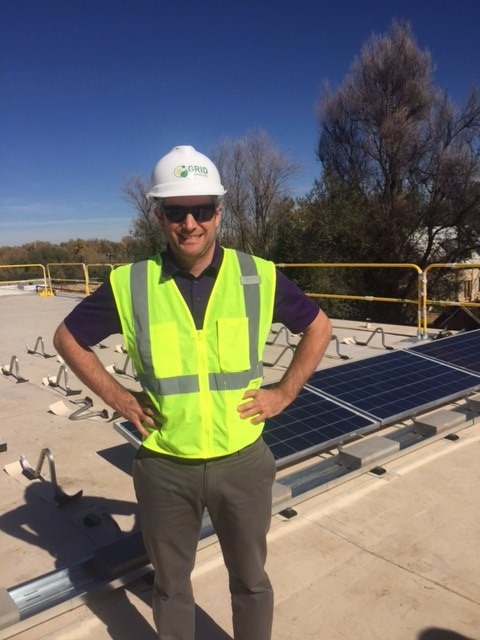 growth in Colorado. In 2016, more jobs were added to the solar industry than any other form of energy. Hickenlooper recognized GRID Alternatives and BriteStreet for our role in this trend, and he remarked that he was confident the trend would continue. The system took 3 days to install. The roof was a brand new rubber roof, and the building owner was concerned about roof penetrations, so a balasted system was used. Balasted systems use weights to hold down the racking rather than penetrating the roof.
The event was the first “Solarthon” in Colorado. GRID Alternatives and BriteStreet hope to parnter up again soon on another community solar project. To learn more or to volunteer, check out GRID’s webstie: http://www.gridalternatives.org/volunteer